The bibliography of Encik Yusof Ishak can be found in the Singapore's Istana website (http://www.istana.gov.sg/content/istana/thepresident/formerpresidents/yi.html). A short extract is reproduced below:

Encik Yusof bin Ishak, was born on 12 August 1910 at Padang Gajah, Trong, about 18 miles from Taiping, Perak.  He was a Malay of Sumatran descent and could trace his lineage on the paternal side to Minangkabau, and on the maternal side to Langkat. They first settled in Penang and later, Perak.

Encik Yusof was the eldest son in a family of nine. His father, Encik Ishak bin Ahmad, was the Acting Director of Fisheries, Straits Settlements and Federated Malay States. Encik Yusof received his early education in a Malay school in Kuala Kurau, Perak. He was later transferred to a Malay School at Taiping.  In 1921, he began his English studies at King Edward VII School, Taiping.


When his civil-servant father was posted to Singapore in 1923, Encik Yusof accompanied his parents and studied at the former Victoria Bridge School until December 1923.  In 1924, he was admitted to Raffles Institution where he passed the Cambridge School Certificate in 1927 with distinction, and prolonged his studies for two more years in the Queen's Scholarship class.


While in school, Encik Yusof joined in practically all forms of sport played by boys. At the Raffles Institution, he played hockey and cricket and took part in swimming, weight lifting, water-polo and boxing. In 1933, he became the Singapore light-weight champion. As the most outstanding cadet of the School Cadet Corps, he became the first student ever in Singapore to have been commissioned by the then Governor as a 2nd Lieutenant in the Cadet Corps. He was a school prefect and was co-editor of the 'Rafflesian'.

In the tradition of the British, Encik Yusof Ishak was also the Colonel of the Singapore Infantry Regiment, Singapore Military Forces: 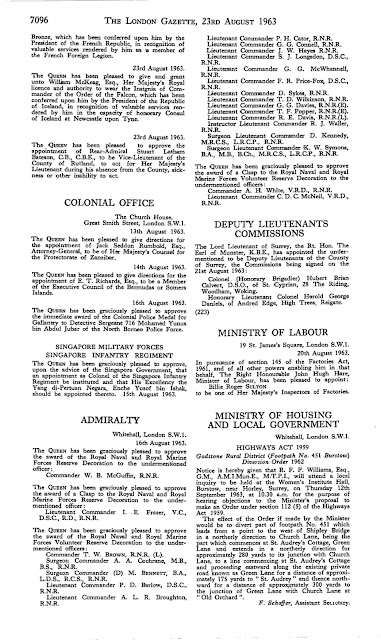 The QUEEN has been graciously pleased to approve, upon the advice of the Singapore Government, that an appointment as Colonel of the Singapore Infantry Regiment be instituted and that His Excellency the Yang di-Pertuan Negara, Enche Yusof bin Ishak, should be appointed thereto. 15th August 1963. 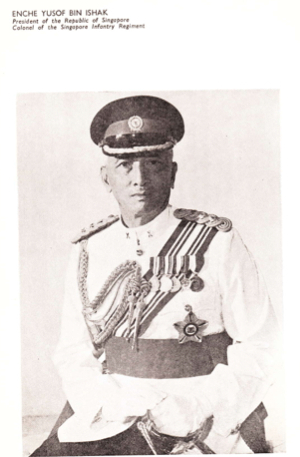 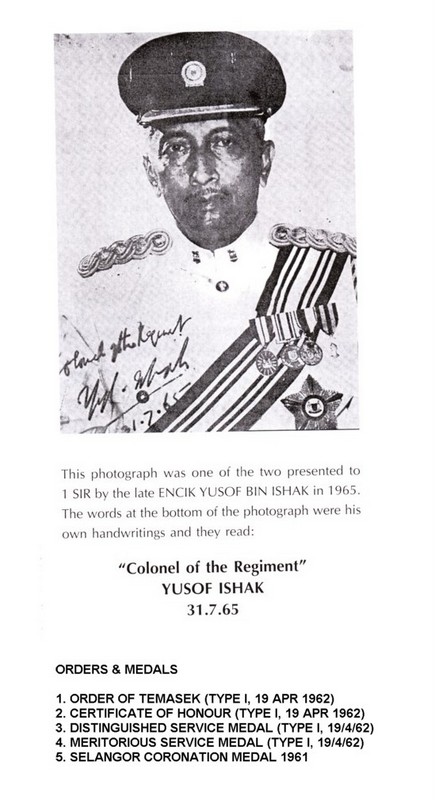 As shown in the two pictures above, in addition to the Brunei and Malaysia Orders, Encik Yusof Ishak was also awarded the followings six Orders and medals:

No other Singapore President have been awarded such large numbers of Orders and medals. Hopefully with this article, the Istana website can be updated with these additional medals information. I also hope that these historical and valuable Orders and medals are still kept with his family, and one day they can be exhibited for Singaporeans and medal enthusiasts to appreciate.